Posted on March 28, 2018 by Geeks WorldWide Posted in Comics, Reviews — No Comments ↓ 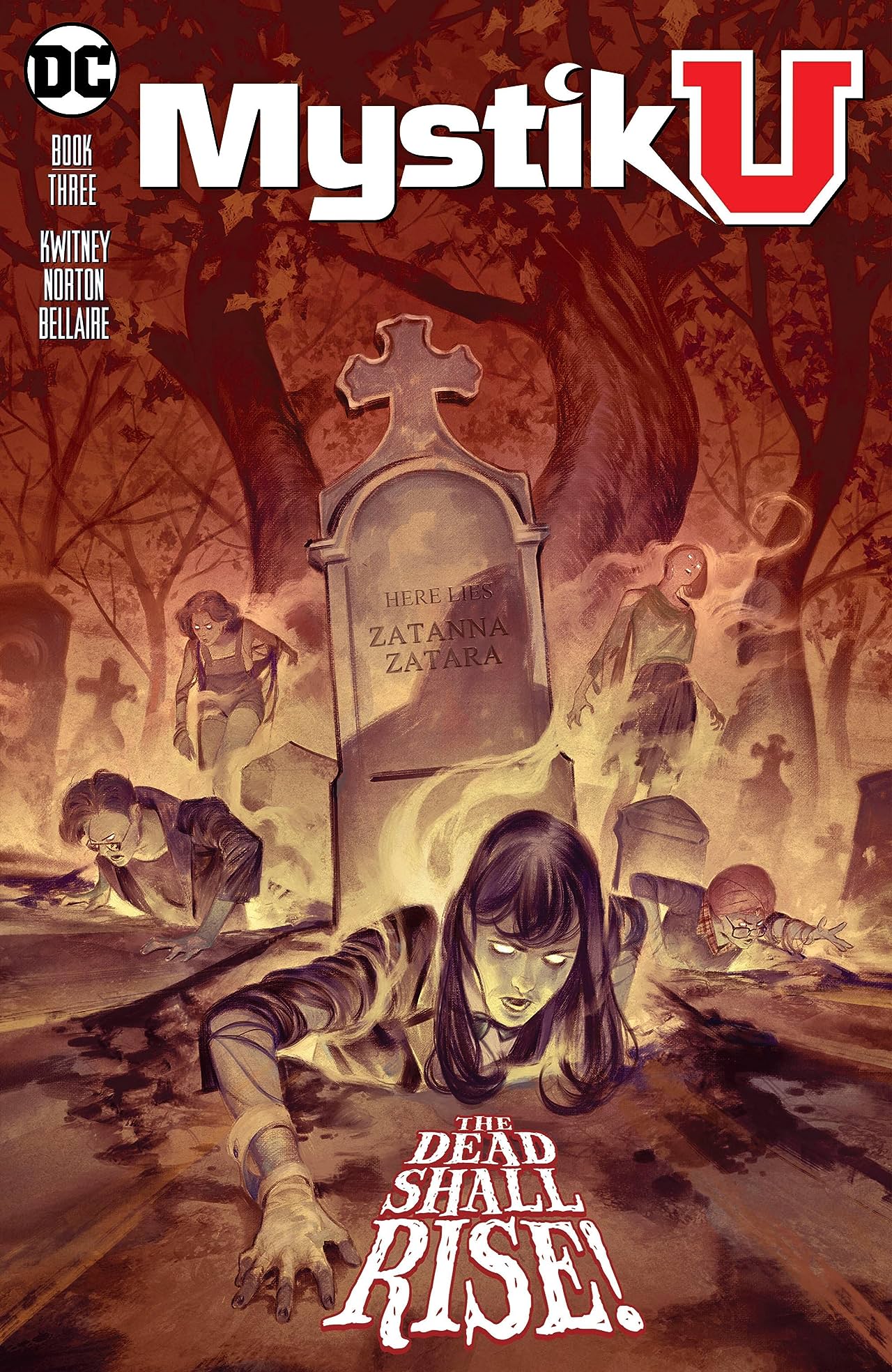 We’ve come to the finale issue of Mystik U as we are finally greeted with a fight with the Malevolence. Zatanna, Pia, and Faust are the ones given the most focus in this issue, as Davit, Enchantress, and the green goo Plop are essentially acting as supporting characters. I found that this issue along with the prior two shine the most when we’re reading about Zatanna and her friends.   Whether it was dealing with school problems or getting out of some crazy fight with some spirits or monsters. It’s very much enjoyable seeing them all interact and grow around each other. I never felt the coming of the Malevolence to be that big of a focus and when it does happen. Certain character choices and actions along with the confrontation all come out to be a bit underwhelming. The most important piece to takeaway from it though was how they all stuck together to try and not lose there against the Malevolence. I think Zatanna here seems to grow with a but more confidence within herself, but she definitely doesn’t seem to be all that much better with her skills in magic. Sebastian is more open to let people in his life despite fearing of accidentally sucking up their soul. Pia seems to finally be rid of some inner self doubt that she has been dealing with but I felt whatever issue she was dealing with inside of herself never came much further than being sure to control her powers. Davit and Enchantress just seem to be more of the same. With the exception that Davit wont be afraid to speak his mind to his parents. We aren’t given any resolutions regarding Zatanna’s father from the beginning or the fight that was going on. I don’t mind that we may be coming back later to see Zatanna try to rescue her father but I feel like the event shown at the beginning of issue one was not really needed if we weren’t going to get anything out of it here. Perhaps it should’ve just stayed out until the event actually occurs.

Despite some unresolved problems and an underwhelming confrontation with the villain that was built up, seeing Zatanna grow with her friends that she made was still an enjoyable ride. Going in you would think she was going to be the Mary Sue of the book but instead, she has a long way to go to become the great magician we all know her as when she grows up. Hopefully we wont have to wait too long for a sequel to this short run.