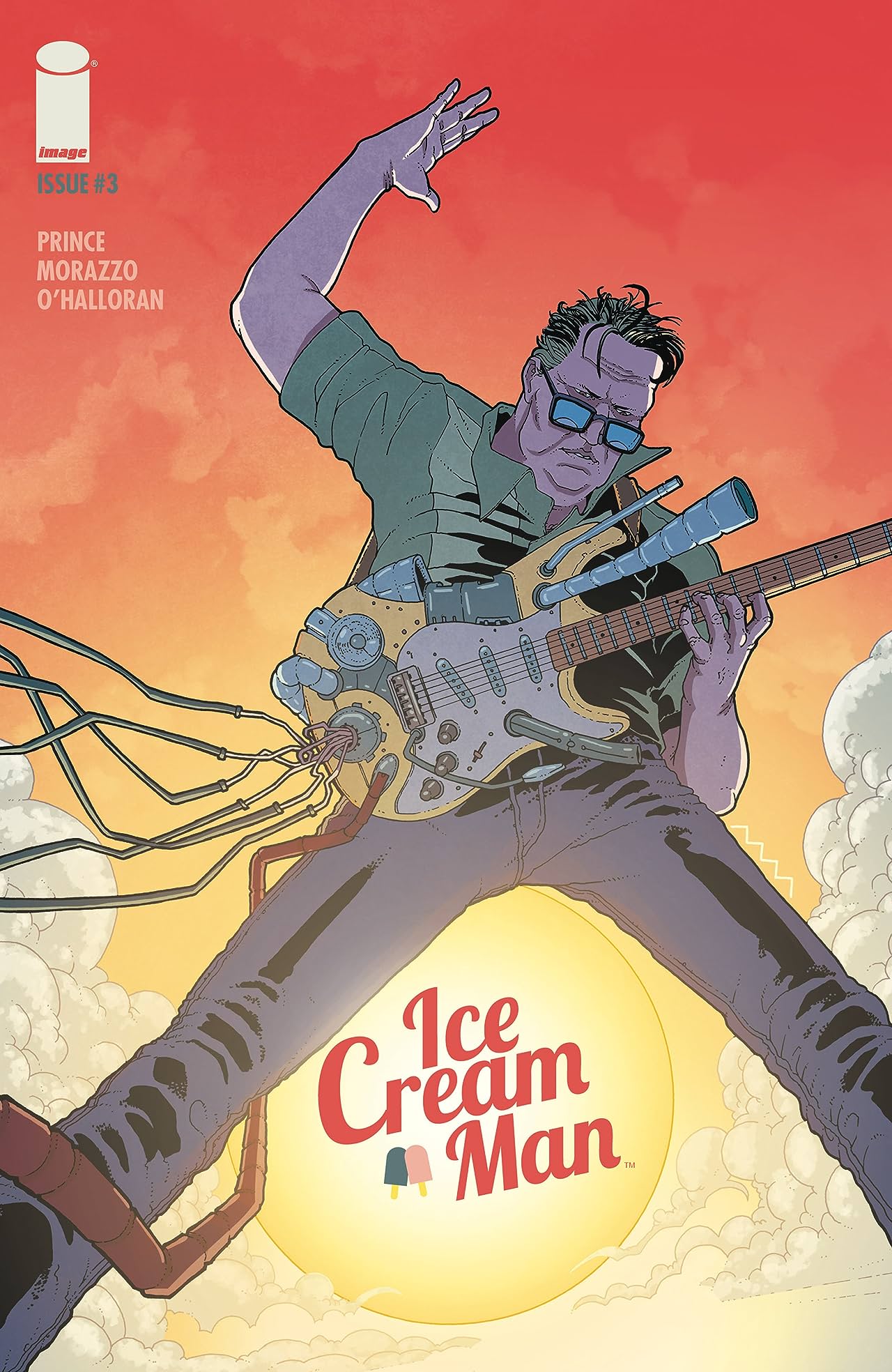 Ice Cream Man #3 continues to give us another stand-alone story with all the weird to go along with it. I can say now that one of the high points going into any of these issues is that you can just jump in where ever you want for now unless the future eventually takes us to learn more about the towns ice cream man. Right now though, it’s great getting into a series where you essentially get a new story in every issue about someone else. This time around we get to learn about a local former musician named Bud Hickey as he is a man that had a major one hit wonder and seems to have never been able to move on from it. The opening on his former band in a 50’s era setting was a great start to the issue and I’ve always been a fan of these settings. It’s very short but it shows how big his impact seemed to have been at the time and Bud even goes on further explaining how big the song really got. You feel bad for Bud though as he is just a man of his former days and through the words of others, he may not be living a very healthy lifestyle anymore. The ice cream man makes his appearance and it’s very short. I enjoy how he seems to show care for the people in this town and how creepy they have him come off in certain panels with his big smile. The little sentiment he gives to Bud is a nice scoop of ice cream and this made me laugh because at times when I’m a little down, I like to have something sweet too. So I appreciate the good gesture he gave him. The latter end of the issue is where things go absolutely crazy for Bud. I don’t want to go too much into but it seemed to be a sort of revelation for him to go through so that he could either move on or relive his glory days again. I think the way he reacts to all of this by the end is very dependent on how he decided to take it all in.

This was a great issue about someone having difficulties of moving on and I think it does well on how it can ruin yourself if you’re constantly only thinking of the past. This issue is probably the art teams best work yet with some fun usage of colors and giving it a real depressing tone in it. Ice Cream Man #3 definitely delivers something better than the standard vanilla flavor.