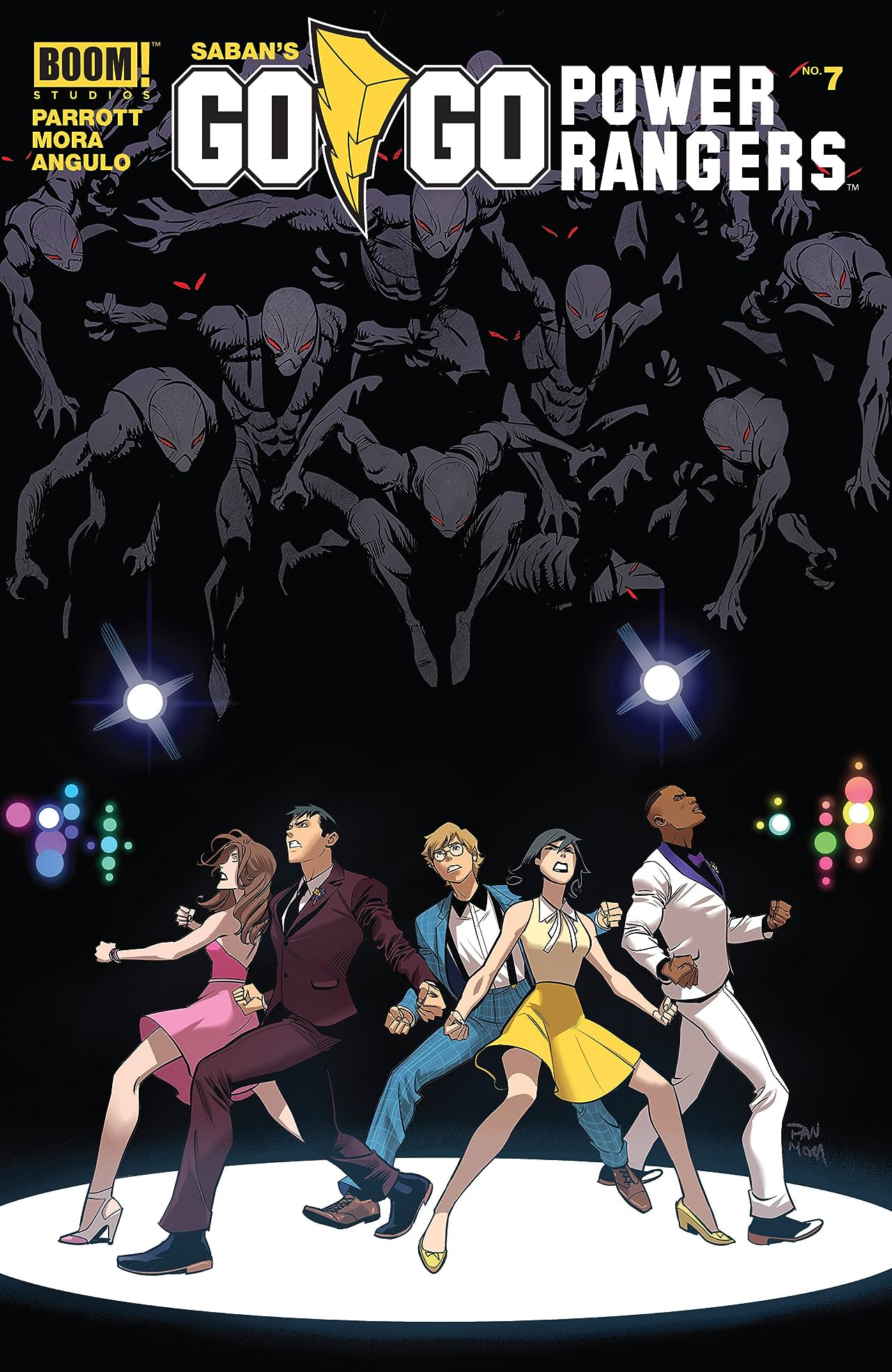 Another new issue of Go Go Power Rangers out now we get yet another great start by getting some backstory on one of Rita’s minions. This time we learn about Baboo and how he came to be recruited from his home planet. These small bits of the villains backstory has been some of my favorite moments in the series it just gives us a little more about them and how they came to be where they are now. It also show’s how Rita is smart in her recruiting process, taking those who would indeed benefit her in the long run. Except Squatt, his recruitment was just messed up and seemed more out of pity. Go Go Power Rangers still shows how it focuses more on the characters outside of the monster fights as that’s been it’s objective since it started and it’s doing a fantastic job doing so. We do get a little bit of action in each issue, but the focus has always been how each member grows from being scared and doubtful to the strong unit they later become. The homecoming dance is right around the corner in this issue and the pages of Trini and Kimberly getting their hair done to Billy and Zack getting their suits are nice touches of just them trying to enjoy the normal sides of their life when they can. Matt is still captured by Rita but if you’ve been following along to this point in the series, you know he doesn’t plan on staying captured any much longer. Jason is still pushing the team to try and continue their training and I think it’ll get to a point where they feel like they’re being pushed too hard as he learns to try and be a better leader. The putty pretending to be Matt also goes through his own sort of inner awakening on who he is and who he wants to be. This is a great turn of events for this low level villain and I’m excited to see how it’ll play out in the next issue.

The art team continues to deliver great pages with its bright colors and small details on the monsters. I really appreciated the page where Trini and Kimberly are at the salon getting their hair done. You can tell that Trini’s hair is a little wet as its getting combed back for a trim and then you have Kim getting these thin streaks of highlights. I also can see them having a great time doing the suits for the men for the dance as they all feel unique for everyone that’s wearing them.

Go Go Power Rangers is more than a comic just for fans of the franchise. It’s a comic series that any fan of the superhero genre could get into. With great writing, fun moments, and bits of action. It has everything in the making to be noted as a top tier superhero comic book series.